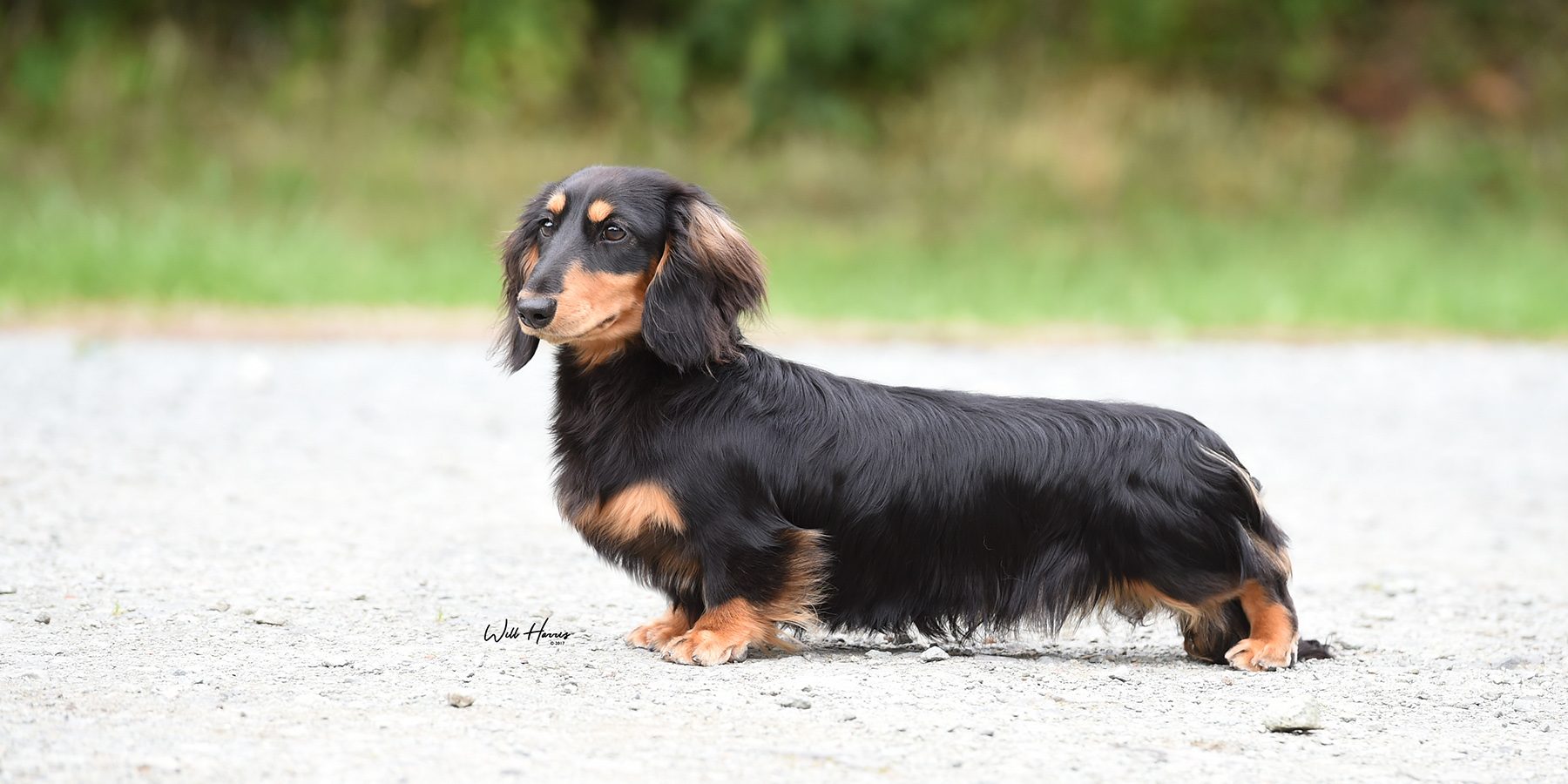 Star of the day at Blackpool championship show 2018 was the mini long, Gerry aka Zarcrest Black Smith winning 1st in Post Graduate Dog, the DCC and BOS under Sigurd Wilberg. Owned by Will Harris & his fiancee Lindsey McLachlan.
Many Thanks to Rebecca Ellrich, who stepped into handle for us as we were stuck in the american cocker ring, at the time,  Rebecca did a fabulous job and can be confidentally suggested as a handler, should anyone be in urgent need.

Afterglow London Grammar made his debut with the big boys and was awarded first in Junior Dog, and Best Junior in Breed by Brain Limpus he was later shortlisted by David Bell in the group ring.