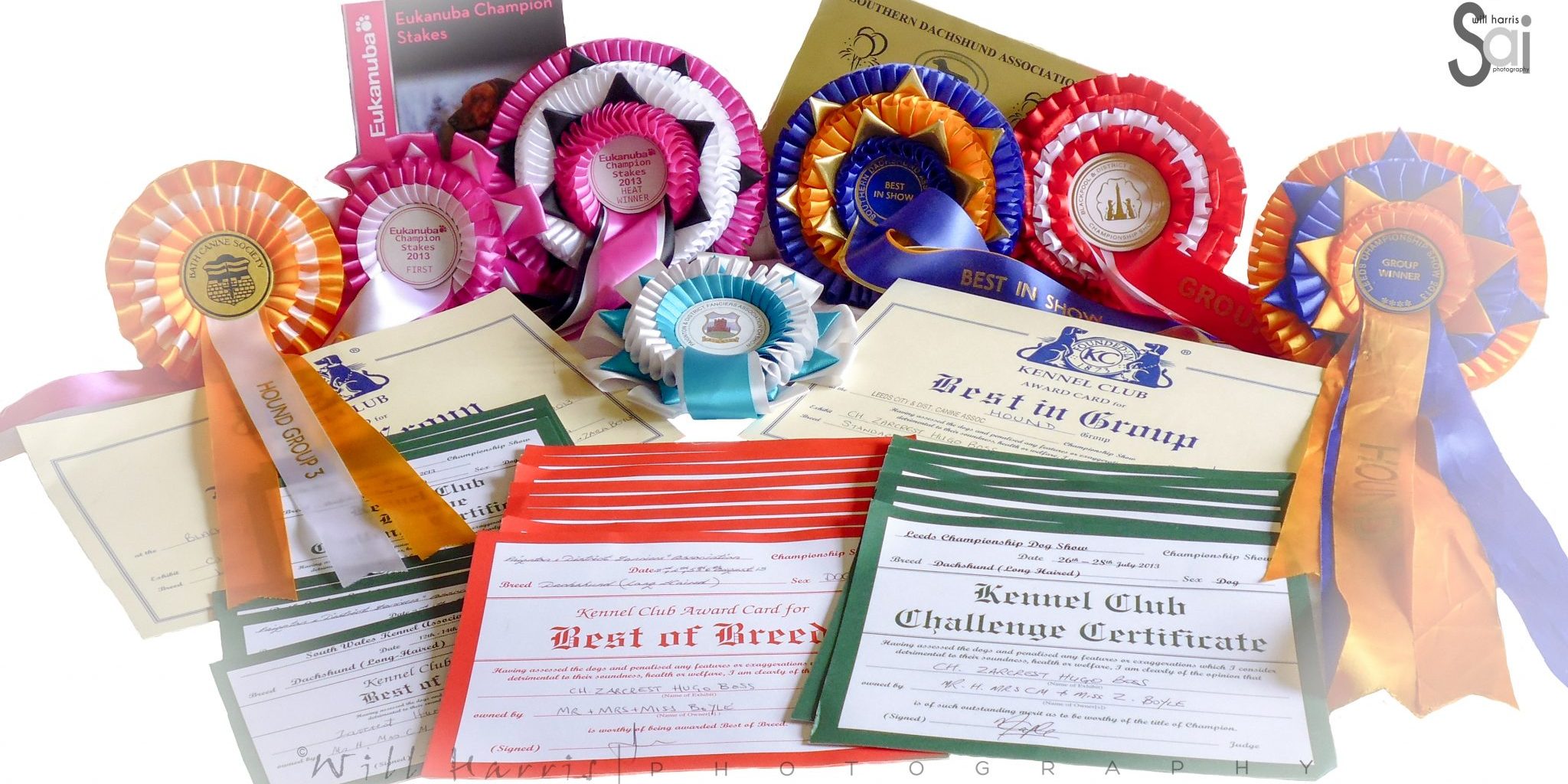 A Year in the Show Ring…

Hugo Boss, surprised everyone when he got his first big win with the DCC, BOB & BPIB at WKC 2012 under breed specialist Bryan Dyson, with his sister winning BCC, BOS & BPB alongside him, Now at 21 mths of age it seems only right that we should take this opportunity to celebrate his achievements during the past year and to say Thank You to all the Judges who have thought so highly of him as to contribute to these achievements, and to his many supporters for being part of this amazing journey, one that we shall never forget!