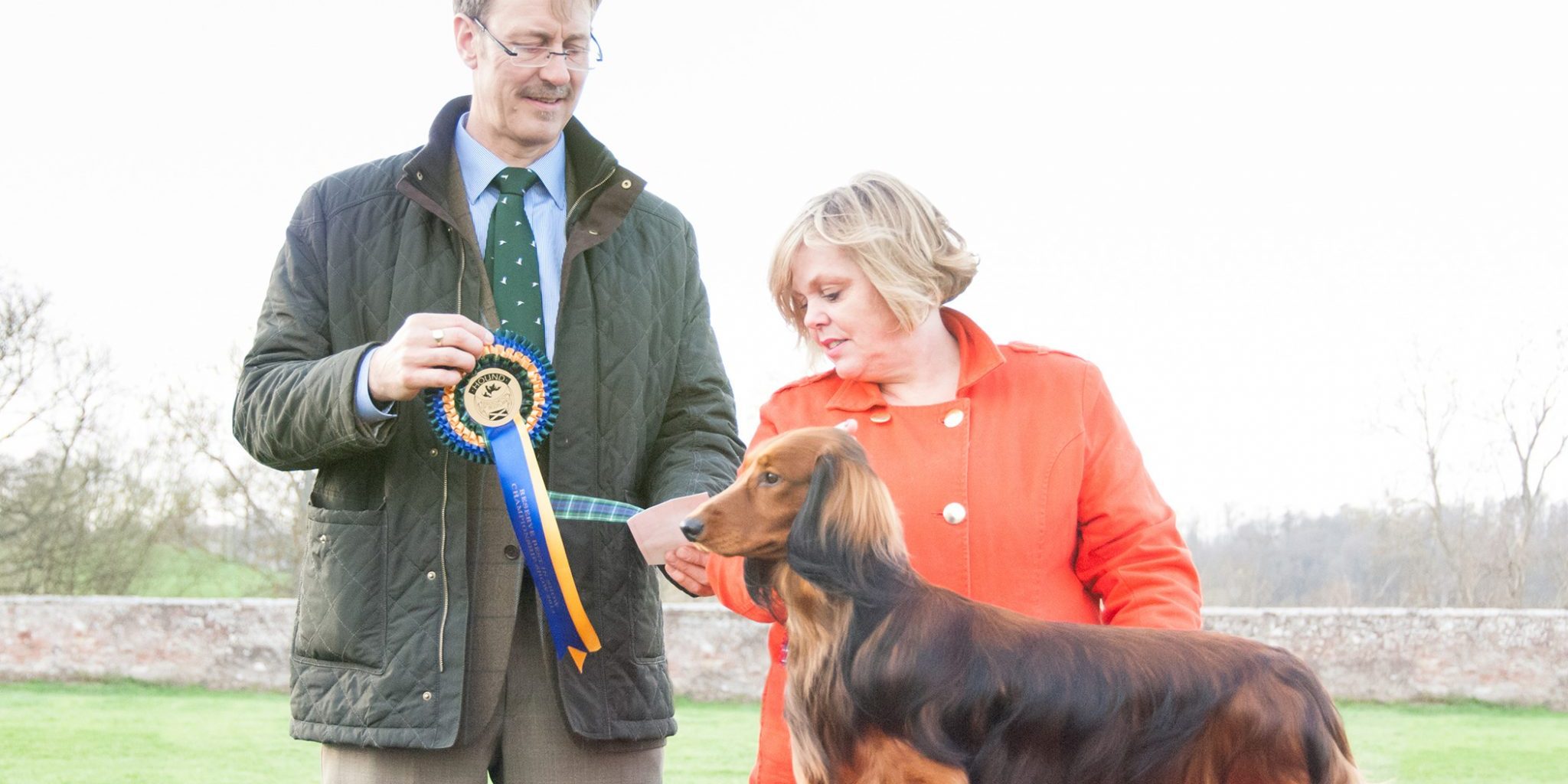 Wow what an adventure we have had this weekend, one we shall not forget in a hurry!

William and I have just returned home from a very blustery but mainly dry Kelso, after attending the ‘Hound Association of Scotland’s’ 2014 Championship show.
Ch Zarcrest Hugo Boss had a very successful day winning Reserve Best In Show under Mike Gadsby [Afterglow] and his tenth CC and 15 BOB under breed judge Mrs Jill Peak.

This was the third time that Hugo has been shown this year, taking the CC each time, we could not be more proud of our lovely boy.

At only 2 years old, he has been part of making breed history